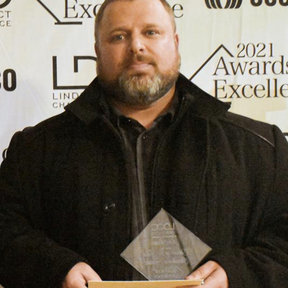 Jon is a in-demand keynote speaker, who shares his story - Overcoming Trauma and Mental Illness.

Jon is a survivor of childhood sexual abuse, as well as being initiated and hazed as a 15 year old playing junior hockey. In 2012, Jon started his career as a Police Officer. Near the end of 2017, Jon located the bodies of 2 missing young people who had both died by suicide (hanging), within 2 months of each other. One was a young female who shared a name with Jon's daughter.

From 2017 to June 2019, Jon continued to work while displaying all the signs and symptoms of PTSD. This led to Jon contemplating suicide while working a night shift. Jon credits a picture of his children, that he carries in his wallet, for saving his life.

During Jon's recovery, he started the Twisted Trauma Foundation with his wife Jen. Jon has raised over $20,000 for different mental health programs all while supporting others who are battling with their mental health.

Jon was named the 2021 Naresh James Champion of Mental Health Award Winner by the Canadian Mental Health Association, as well as the 2021 Citizen of the Year by the Lindsay & District Chamber of Commerce.

Jon is certified in Sports Psychology and Hypnosis.

Jon provides hope and inspiration to everyone that gets a chance to listen to his story.

My inspiring life lessons: "The only way to break the stigma attached to individuals living with mental health issues, is to speak openly and honestly about mental heatlh. To share our stories, and create a environment where people feel safe reaching out and asking for help." 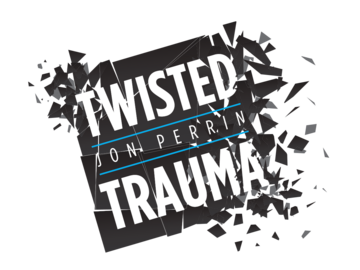